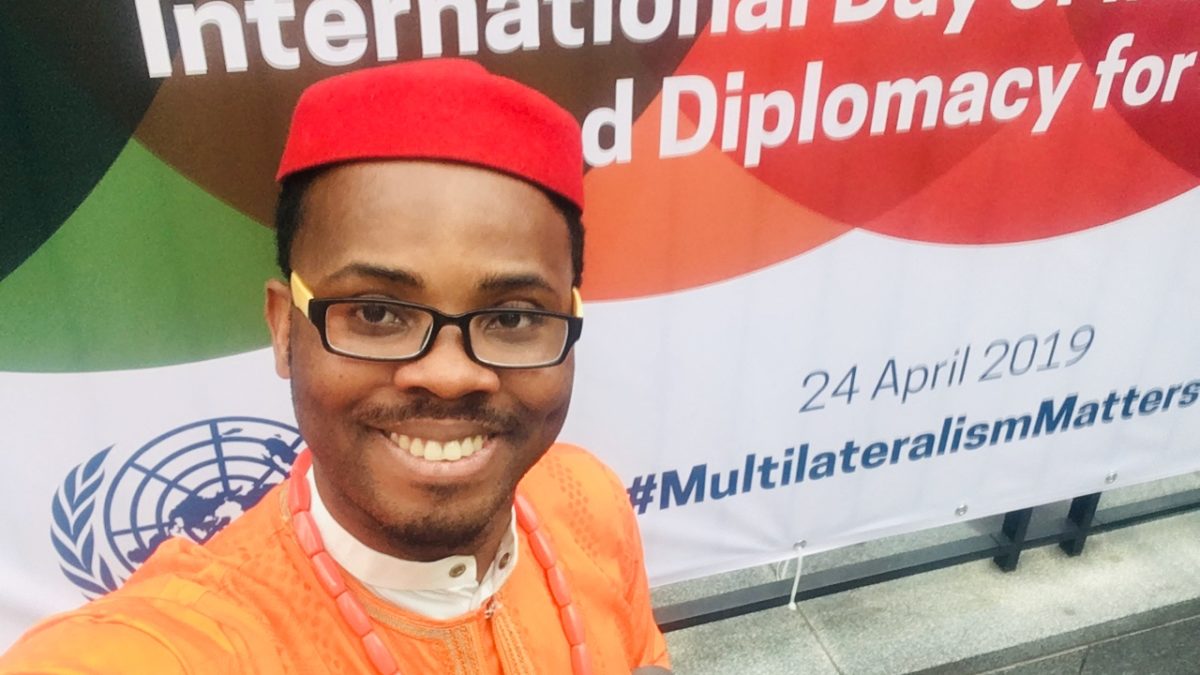 Violent conflicts between herdsmen and farmers in Nigeria led Dr. Daniel Gbujie to change his focus from medicine to climate action. In order to understand what is climate change and what we can do about it, Daniel attended the Climate Reality Project training in Denver, Colorado in 2017, which is where I met Daniel.

Daniel went on to start Team 54 Project, a nonprofit registered in the U.S. He helped start a new app called RepClime and is asking people to voice their support to ask Google to support it.

Team 54 Project uses a strategy called “All-Inclusive Concept”.  The idea is that everyone can “come as you are”. Use whatever skills you have. Daniel gives an example of a spray-can artist who didn’t know anything about climate change. By working together through ideas, the artist created a “Parallel World” painting, using nontoxic paints. The painting has been used to raise awareness about our impacts.

Team 54 Project started to focus on the then 54 African countries. In three months after the training, Daniel gave 100 presentations. It expanded and now works in 169 countries and over 200,000 members in just two years. With their eight creeds, Team 54 helps people get together online, then do actions in their own communities

What types of projects? For example, Team 54 Project provides ideas for youth-based advocacy programs with art and sports.

Another initiative spurred by David Gbijue is an idea for a new app called the RepClime app, short for “Reporting Climate”.  The goal of the app is to facilitate climate mitigation and adaptation by allowing people even in remote areas to report what they are experiencing and ask for assistance. This could be areas that are experiencing droughts, floods, food insecurity or any issue.

The RepClime App would be a real-time reporting system that will enable people, young and old, to become environmental stewards by speaking up and sharing live reports of climate incidents happening at their respective locations.

Learn how to voice your support for the “RepClime App”. The app needs 100,000 votes to get Google’s support to make it a reality.

Dr. Gbujie Daniel’s major interest is the promotion of sustainable development goals SDGs (SDG13). He is the Founder/ CEO of the non-governmental organization called TEAM 54 PROJECT, they raise awareness globally about the impact of climate change and the need to take actions. He is an advocate of better health care delivery and the environment. Gbujie has published many articles, editorials and made numerous international presentations on climate change impacts. He is a multiple international award winner and an associate member of the World Medical Association, an organization he represented as a delegate of the world medical association at the UN climate change convention in Marrakesh Morocco 2016.

in PODCAST  by Joan Gregerson