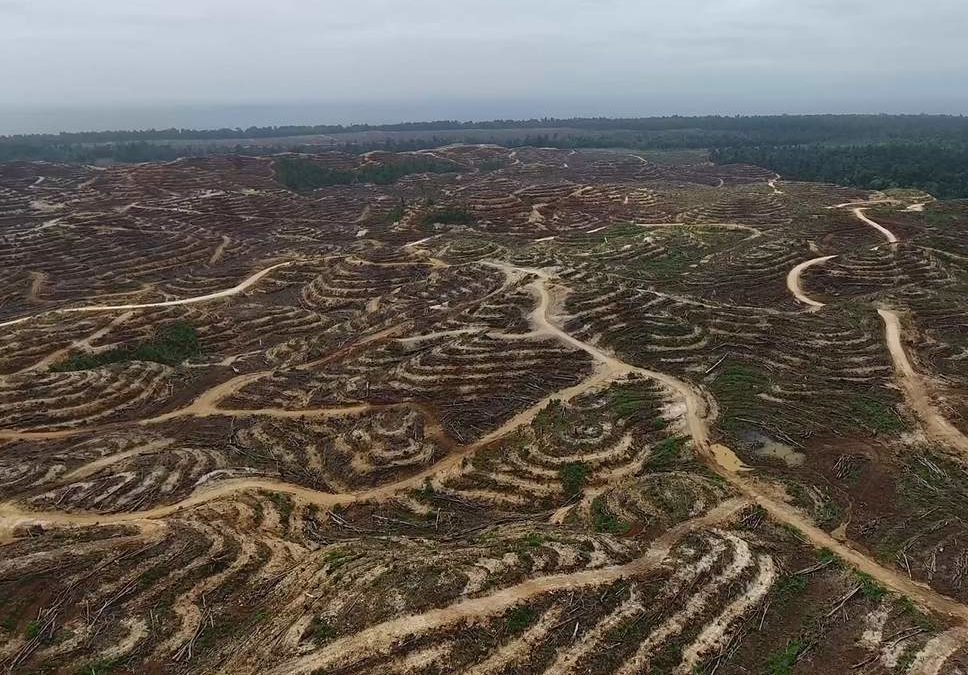 Exclusive: Impact of forest loss on communities and ecosystems revealed in series of images and footage collected by environmental campaigners Global Witness following report on illegal logging in the South Pacific nation

Photos and footage documenting the devastating impact illegal logging on the people and ecosystems of Papua New Guinea, have been released by environmental campaigners.

One of the most biologically diverse countries in the world, the rainforests that cover much of the country and provide a home for many of its unique species are vanishing fast.

By 2014, nearly one third of the country’s commercially viable forests had been logged and demand from the global timber trade is driving further deforestation and leading to abuses of indigenous communities’ rights.

Global Witness – supported by the People’s Postcode Lottery – released photos revealing the extent of forest destruction in the South Pacific nation to mark the International Day of Forests.

The organisation found that tens of thousands of Papua New Guinean people are having their land stolen by their own government.

Widespread abuse of a land-leasing scheme has resulted in 12 per cent of the country being given away to foreign-backed companies either for logging or to clear the land for crops.

Most timber from Papua New Guinea is processed in China before being sold around the world, largely for use in furniture and flooring.

For the first time, the organisation revealed how companies are failing to screen out illegal timber, the risks this creates for businesses in the US and the impact these activities have on people in Papua New Guinea.

Paul Pavol, a landowner-turned-activist, said the leases the government used to give away his land to foreign businesses involved fraud and forgery.

He and his Mengen people have farmed, hunted and fished the Pomio region of the country for generations.

An area of rainforest in Pomio half the size of London has been cleared, producing an estimated £86m worth of timber as well as extensive palm oil plantations.

Some of the illegal leases are being challenged in court, but despite repeated public commitments from the Papua New Guinean government to cancel these leases altogether and return land to communities, for the most part such action has not been undertaken.

Interviews conducted by Global Witness with villagers in Papua New Guinea revealed loss of land and forests is having extensive negative impacts for the population including reduced access to food and clean water.

Aside from the human cost, the removal of forests from Papua New Guinea is likely to severely impact the rich biodiversity found there.

Researchers estimate over half of Papua New Guinea’s plants and animals have yet to be described by science, and around a third of its species are likely unique to the country.

In light of their work, Global Witness has made a series of recommendations to the US, Chinese and Papua New Guinean governments.

They have called on the international community to improve regulation of the trade in tropical timber, in order to prevent the impacts on people and ecosystems revealed in Papua New Guinea.